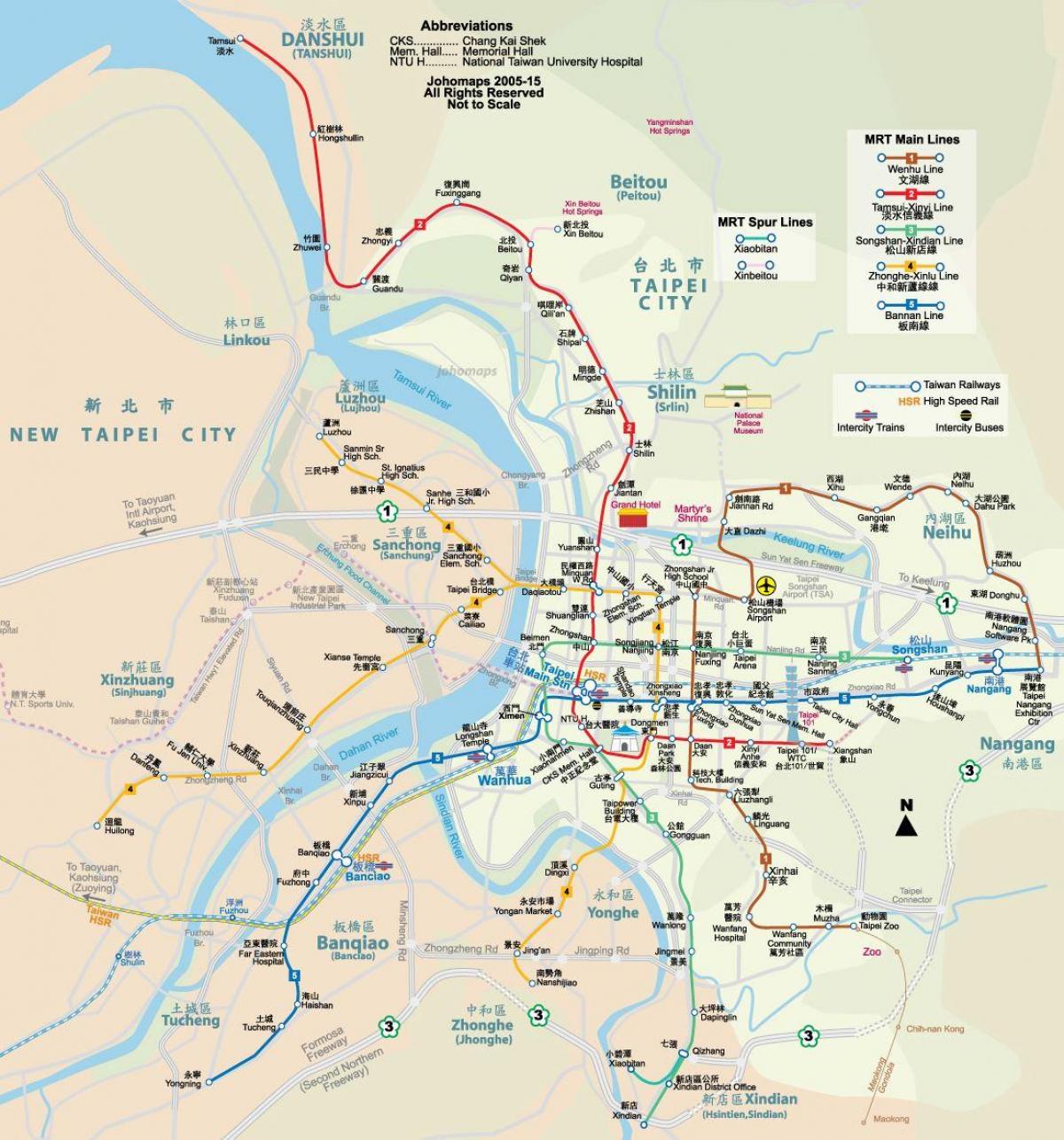 Beginning in 1983, surface rail lines in the city were moved underground as part of the Taipei Railway Underground Project. The Taiwan High Speed Rail system opened in 2007 as its mentioned in Taipei rail map. The bullet trains connect Taipei with the west coast cities of Banciao, Taoyuan, Hsinchu, Taichung, Chiayi, and Tainan before terminating at Zuoying (Kaohsiung) at speeds that cut travel times by 60% or more from what they normally are on a bus or conventional train. The Taiwan Railway Administration also runs passenger and freight services throughout the entire island.

Whether you are heading south to Kaohsiung or exploring Taiwan stunning eastern coast, the Taiwan High Speed Rail (THSR) or normal Taiwan Railway trains will get you there. However, you will need to purchase tickets to ride as the standard EasyCard/iPASS cards cannot be used to ride on the trains as its shown in Taipei rail map. The city has more than one railway station. Among them, Taipei Railway Station is the largest, where Taiwan Rail Line and Taiwan High Speed Rail (THSR) meet. You can go to any other cities of Taiwan through Taiwan Rail Line such as Yilan, Hualien, Taitung and Pingtung. Taiwan High Speed Rail only passes the western cities like Taoyuan, Hsinchu, Taichung, Tainan, and Kaohsiung. The station has four underground floors. The ticket hall is on the B1, the railway platform is on the B3, and the B2 and B4 are for the metro.

The Taiwan High Speed Rail (THSPR) connects major cities in western Taiwan between Taipei and Kaohsiung. Opened on January 5, 2007, the rail system has become an important part of Taiwan transportation network. It runs down most of the west coast of Taiwan, from Taipei in the north to Kaohsiung in the south in under 100 minutes. There are two classes of tickets you can purchase as you can see in Taipei rail map: Standard Class, Business Class. In Standard Class, you can also choose to reserve a seat. If you do not reserve one, you can take your chances in the unreserved carriages (10 – 12) but if you find all the seats taken, you will need to stand.